Powered by Cerego: learning tools based on the science of learning 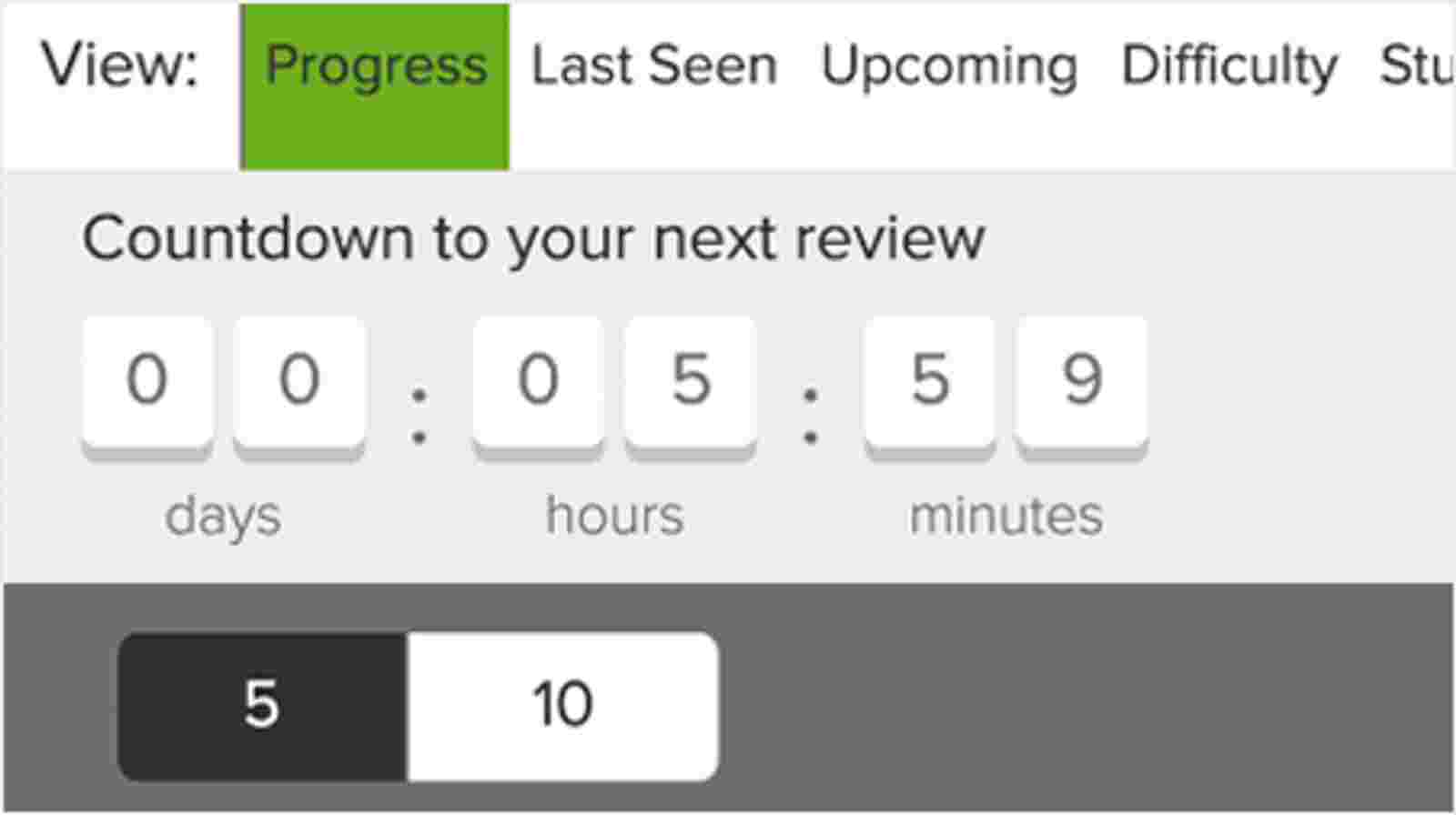 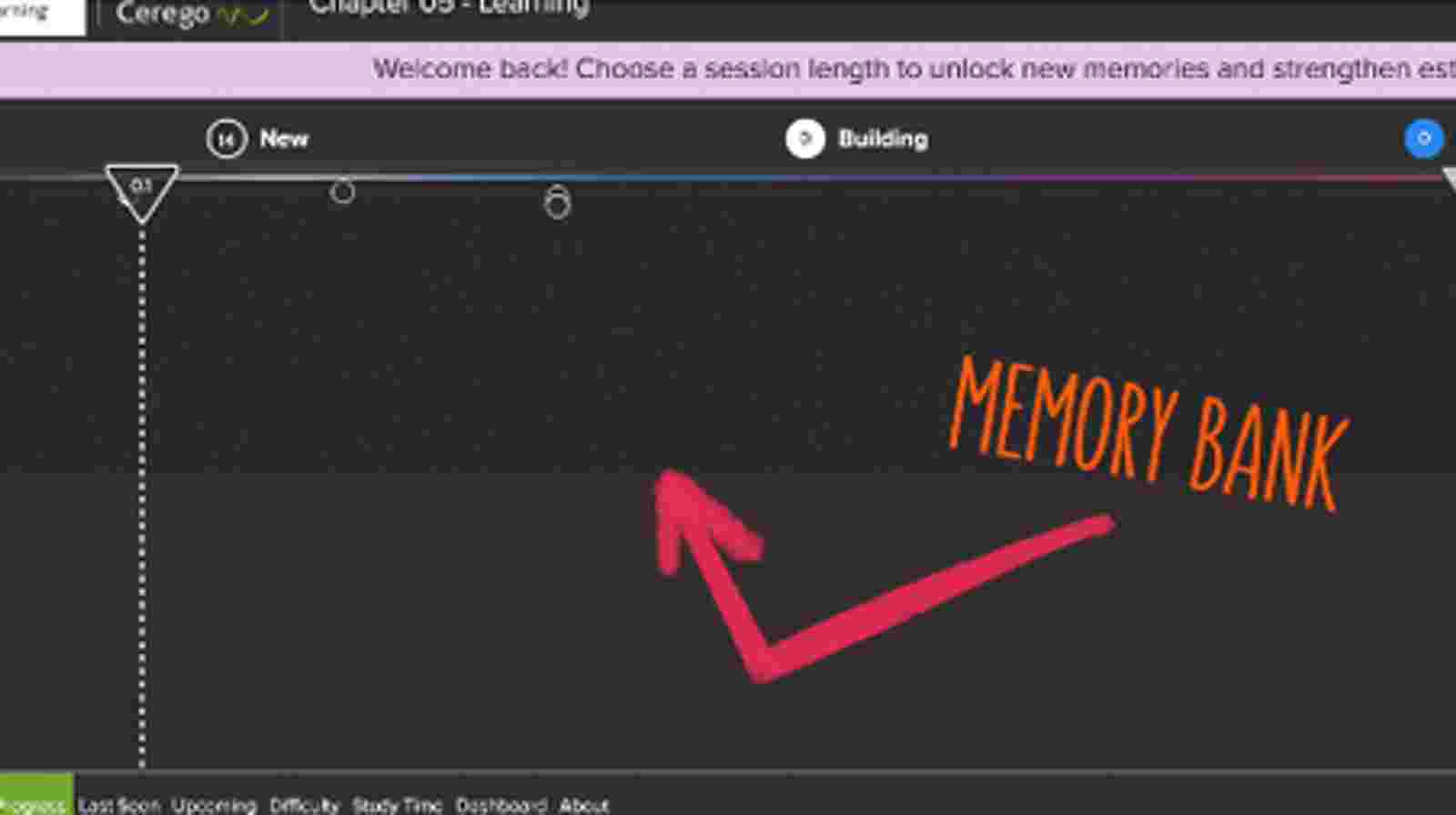 See when students are ready to advance and when retention falls short. Each dot represents a topic in the chapter and moves right towards the expected goal as more concept mastery occurs. Dots fade to the left when students forget concepts, helping them track their progress. Reporting shows the status of the whole class or individual students struggling. 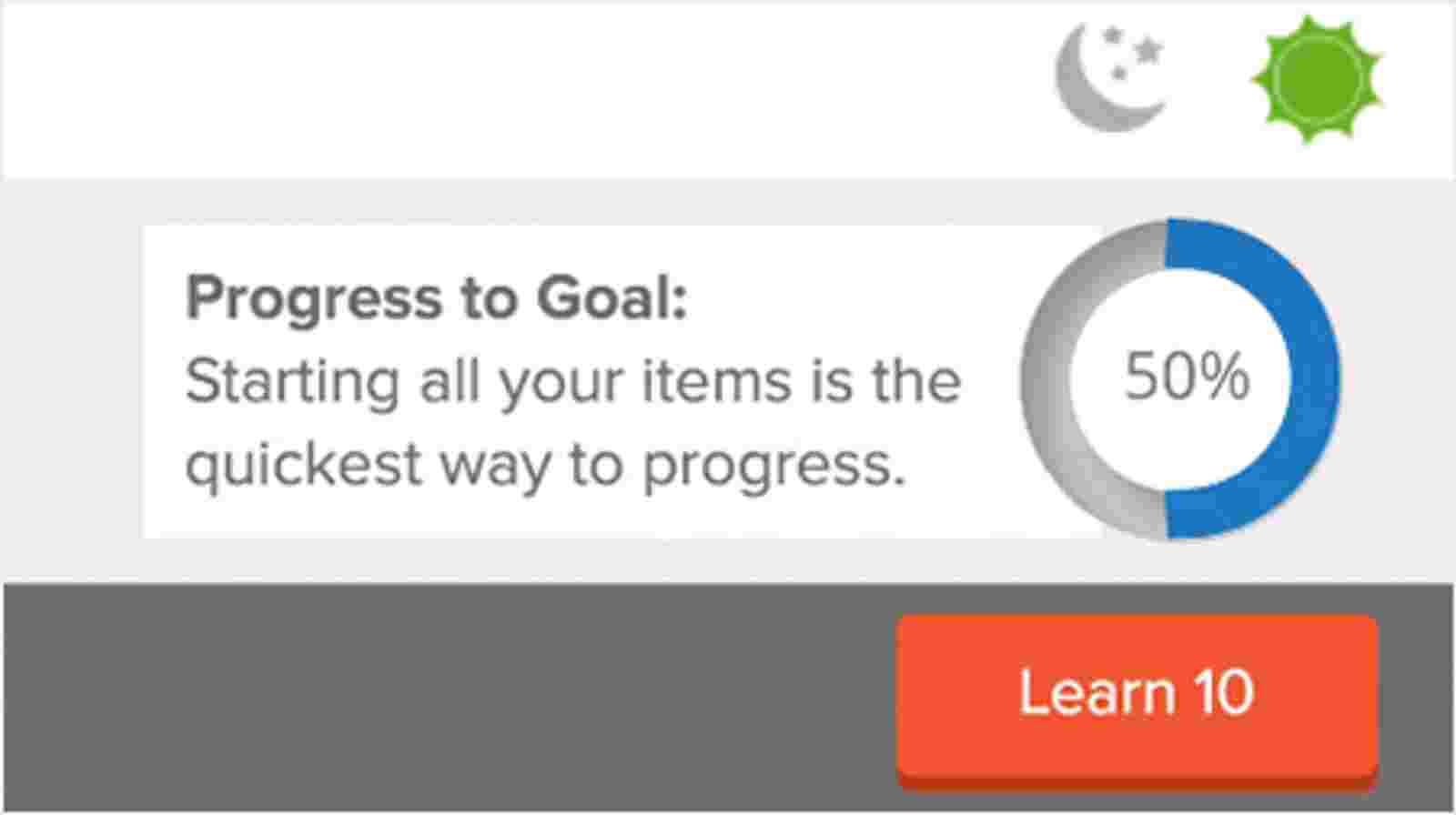 Research shows studying ahead of time—and at long intervals—is effective for retention and an antidote for cramming. Read excerpts from Cognitive Science researcher John Dunlosky on improving student learning through distributed practice.*

Students often “mass” their study—in other words, they cram—but distributing learning over time is much more effective. In one classic experiment, students learned the English equivalents of Spanish words, then reviewed the material in six sessions. One group did the review sessions back-to-back, another had them one day apart and a third did the reviews 30 days apart. The students in the 30-day group remembered the translations the best. In an analysis of 254 studies involving more than 14,000 participants, students recalled more after spaced study (scoring 47 percent overall) than after massed study (37 percent).

When Does It Work?

Children as young as age three benefit, as do undergraduates and older adults. Distributed practice is effective for learning foreign vocabulary, word definitions and even skills such as mathematics, music and surgery.

Yes. Although textbooks usually group problems together by topic, you can intersperse them on your own. You’ll have to plan ahead and overcome the common student tendency to procrastinate.

Longer intervals are generally more effective. In one study, 30-day delays improved performance more than lags of just one day. In an Internet-based study of trivia learning, peak performance came when sessions were spaced at about 10 - 20 percent of the retention interval. To remember something for one week, learning episodes should be 12 - 24 hours apart; to remember something for five years, they should be spaced 6 - 12 months apart. Although it may not seem like it, you actually do retain information even during these long intervals, and you quickly relearn what you have forgotten. Long delays between study periods are ideal to retain fundamental concepts that form the basis for advanced knowledge.

High utility. Distributed practice is effective for learners of different ages studying a wide variety of materials and over long delays. It is easy to do and has been used successfully in a number of real-world classroom studies.

On the basis of the available evidence, we rate distributed practice as having high utility: It works across students of different ages, with a wide variety of materials, on the majority of standard laboratory measures, and over long delays. It is easy to implement (although it may require some training) and has been used successfully in a number of classroom studies. (p. 39-40)

Students mass much of their study prior to tests and believe that this popular cramming strategy is effective. Although cramming is better than not studying at all in the short term, given the same amount of time for study, would students be better off spreading out their study of content? The answer to this question is a resounding “yes.” (p. 35)

Students will not necessarily engage in distributed study unless the situation forces them to do so; it is unclear whether this is because of practical constraints or because students do not understand the memorial benefits of distributed practice (p. 39).