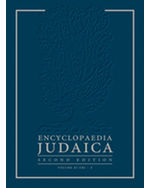 The landmark Encyclopaedia Judaica, lauded as the standard work on Judaism since first appearing in the early 1970s, has been extensively revised and expanded for this long-awaited new edition. Nothing compromised, included are more than 21,000 signed entries on Jewish life, culture, history and religion, written by Israeli, American and European subject specialists. Expanding the scope and relevance of this invaluable set are more than 2,600 brand-new entries, many focusing on gender issues and New World geographic areas of the United States, Canada and Latin America. Even more clarity and substance is incorporated through the updating of some 11,000 entries across all topics. The Holocaust segment alone features more than 50 entirely new articles. Scholars, general readers and students alike will use this 22-volume set. Extensive cross-referencing and large subject index are just two of the many features making this huge set easy to use. Quick references are also facilitated through place-name lists, a chronology, a Hasidism chart, lists of newspapers and periodicals. More than 600 maps, charts, tables, photographs, illustrations and other visuals concisely illustrate key textual elements, and among other features making this scholarly work accessible, are entry-specific bibliographies to help guide further research. Included in each volume is an 8-page full color insert that provides a rich and thematic illustration of the many aspects of Jewish life and culture, as well as a record of the physical development of the State of Israel.

"This revision of the 1972 print set is a landmark achievement, boasting 21,000 articles by an international team of scholars. Some 2,600 articles are new to this edition, while 12,000 other articles have been revised and 30,000 bibliographical listings added. Winner of this year's Dartmouth Medal, this U.S.-Israeli collaboration seems likely to become the seminal reference for all things Jewish." --Library Journal, April 15, 2007

"Consider this set the definitive source on Jewish life, culture, religion, and history. With over 21,000 scholarly articles written by scholars around the world, the 22-volume edition has been substantially revised from its 1972 version. It includes more than 2,600 new and 11,000 updated entries that bring this work into the 21st century. The e-book version is easily searchable and includes the many illustrations, maps, charts, and table found in the print edition." -- American Libraries, May 2008

"...this is a work of tremendous scholarship and importance. Students and scholars of Jewish studies and the librarians serving them have been waiting for years for this resource to be updated and digitized." --Library Journal, April 15, 2008

"EJ2 complements but does not supplant EJ1, and libraries owning the first edition should shelve the two sets together so they are easily accessible. Essential. Lower-level undergraduates through faculty/researchers." --Choice, September 2007

"This updated edition of the classic Encyclopaedia Judaica will be an essential purchase for large academic libraries and some public libraries. With 22 large volumes (over 17,000 pages in all) and weighing in at over 70 pounds, libraries with limited space may choose to go with the e-book only. Regardless of the format selected, this resource remains an essential purchase for the study of the history and current condition of Judaism around the world." --ARBA, March 2007

"Students and scholars of Jewish studies and the librarians serving them have been waiting for years for this resource to be digitized. Strongly recommended for all libraries." --Library Journal, May 1, 2007