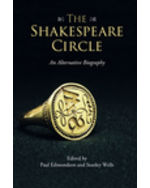 This original and enlightening book casts fresh light on Shakespeare by examining the lives of his relatives, friends, fellow-actors, collaborators and patrons both in their own right and in relation to his life. Well-known figures such as Richard Burbage, Ben Jonson and Thomas Middleton are freshly considered; little-known but relevant lives are brought to the fore, and revisionist views are expressed on such matters as Shakespeare's wealth, his family and personal relationships, and his social status. Written by a distinguished team, including some of the foremost biographers, writers and Shakespeare scholars of today, this enthralling volume forms an original contribution to Shakespearian biography and Elizabethan and Jacobean social history. It will interest anyone looking to learn something new about the dramatist and the times in which he lived. A supplementary website offers imagined first-person audio accounts from the featured subjects.