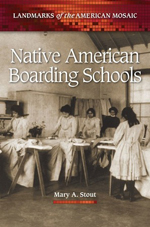 A broadly based historical survey, this book examines Native American boarding schools in the United States from Puritan times to the present day.