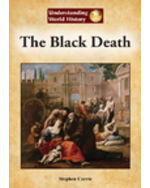 During the fourteenth century, Europe was attacked by a pestilence known as the Black Death. Highly contagious and usually fatal, the Black Death swept through much of the continent in waves, killing up to a third of the population and dramatically changing the way the survivors lived their lives and thought about the world. The Black Death had an impact on European culture, politics, and society that lasted well beyond the years of the pestilence itself.