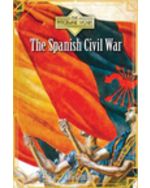 The Spanish Civil War was a result of the aftereffects of World War I as well as a direct precursor to World War II. Its existence between the great wars of the twentieth century makes it a bridge in the understanding of the political and cultural climates of the era. This book explores the concepts that led to the Spanish Civil War, its political atmosphere, key players and events, and how its legacy led to the next great conflict in world history.