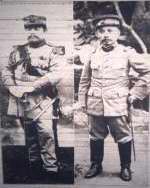 Records of the Department of State Relating to Political Relations Between China, the United States, and Other States 1910-1929

This collection includes the microfilmed U.S. Department of State records for 1910-1929 relating to the political relations between the United States and China and relations between China and other states. The colelction includes predominatly of instructions to and despatches from diplomatic and consular officials; the despatches are often accompanied with enclosures. Also included in these records are the correspondence, reports, and journals of the commissions concerned with extraterritoriality in China, as well as notes between the Department of State and foreign diplomatic representatives in the United States, memoranda prepared by officials of the Department, and correspondence with officials of other government departments and with private firms and individuals.