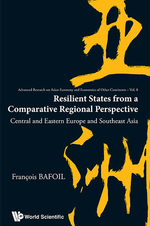 Organizations such as ASEAN and EU were formed to promote economic growth, social progress and cultural development among their members. This book provides a comprehensive overview of the transformation which the newest members of ASEAN (Cambodia, Laos, Myanmar and Laos) and the newest members of EU (ten new Members from Baltic, Central and Eastern Balkan regions) have experienced during the last two decades (1990-2010). It throws light on the different social, economic and political causes which support these historical changes.Emerging markets such as the Mekong region and Central Europe where new forms of capitalism are flourishing have been captured in this book. Their policies in privatization, regionalization, industrial growth that support a new and deregulated form of capitalism have been mentioned in detail. The author stresses upon the capacity and strengths of these two hitherto weak states to face worldwide and regional challenges.