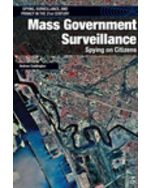 The Patriot Act, which was passed shortly after the September 11, 2001 terrorist attacks, has allowed the government to monitor communication by phone, email, or social media, to access credit and bank reports, or to track activity on the internet. This book examines the new methods used by the government to spy on citizens, the reasons it became necessary, and the tradeoffs between increased safety and a loss of privacy, and the moral arguments for and against these tradeoffs.