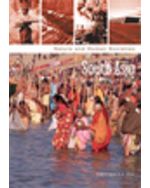 From the early Indus civilization, named after the river system in which it was located, through invasions from Asia and Europe to the division of India and Pakistan in 1947, and finally the human tragedy caused by the tsunami of December 2004, the people of South Asia have influenced, and been influenced by, their ecological surroundings in many ways.

Ranging from prehistory to the present and encompassing the whole of South Asia, this new volume offers the first chronological history of India, Pakistan, Bangladesh, Nepal, and Sri Lanka from the perspective of the crucial reciprocal relationship between humankind and the environment.

South Asia: An Environmental History shows how the civilizations of this geographically diverse region were formed (physically, ethically, and culturally) by their interactions with the environment - a relationship with particularly strong social and spiritual dimensions because of the interdependence of the predominantly agrarian population and the land. Specific topics range from ancient irrigation techniques and peasant adaptation to the environment, to the impact of imperialism on nature, the effect of post-colonial technology on contemporary life, and the enduring influence of religion on the way South Asian societies address ecological issues.