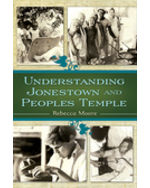 Most people understand Peoples Temple through its violent disbanding following events in Jonestown, Guyana, where more than 900 Americans committed murder and suicide in a jungle commune. Media coverage of the event sensationalized the group and obscured the background of those who died. The view that emerged thirty years ago continues to dominate understanding of Jonestown today, despite the dozens of books, articles, and documentaries that have appeared. This book provides a fresh perspective on Peoples Temple, locating the group within the context of religion in America and offering a contemporary history that corrects the inaccuracies often associated with the group and its demise. Although Peoples Temple had some of the characteristics many associate with cults, it also shared many characteristics of black religion in America. Moreover, it is crucial to understand how the organization fits into the social and political movements of the 1950s, 1960s, and 1970s: race, class, colonialism, gender, and other issues dominated the times and so dominated the consciousness of the members of Peoples Temple. Here, Rebecca Moore, who lost three family members in the events in Guyana, offers a framework for U.S. social, cultural, and political history that helps readers to better understand Peoples Temple and its members.