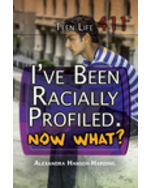 Front Cover.
Title Page.
Copyright Page.
Contents.
Introduction.
1: Racial Profiling: A Real Problem.
2: Staying Safe on the Street and in Your Car.
3: Staying Out of the School-to-Prison Pipeline.
4: Caught in the Court System.
5: After Racial Profiling: Hurt and Healing.
6: How Teens Can Make a Difference.
7: Times Are Changing.
Glossary.
For More Information.
For Further Reading.
Bibliography.
Index.
About the Author.
Photo Credits.