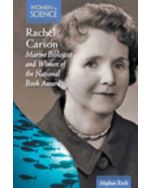 After publishing her lauded book Silent Spring, Rachel Carson became a household name in America. A marine biologist by training, Carson became a dedicated conservationist and her environmental writings influenced generations. Students will examine Carson’s writing and research through the use of ample primary source evidence in order to better understand one of the most influential women in science in the twentieth century.