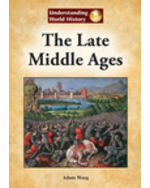 The Late Middle Ages began at the dawn of a millennium, marked by the start in 1096 of religious wars called the Crusades. The era ended roughly in the mid-1400s, ushering in the next major era in European history: the Renaissance. In between, Europe saw the development of centralized nations and a complex political system that sometimes bound them together and sometimes led to war.