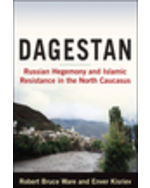 Like other majority Muslim regions of the former Soviet Union, the republic of Dagestan, on Russia's southern frontier, has become contested territory in a hegemonic competition between Moscow and resurgent Islam. In this authoritative book the leading experts on Dagestan provide a pathbreaking study of this volatile state far from the world's gaze. The largest and most populous of the North Caucasian republics, bordered on the west by Chechnya and on the east by the Caspian Sea, Dagestan is almost completely mountainous. With no majority nationality, the republic developed a distinctive system of calibrated power relations among ethnic groups and with Moscow, a system that has been undermined by the spillover of the wars in Chechnya, Wahhabi and Islamist recruiting efforts targeting youth, and Moscow's reassertion of the "power vertical." Underdevelopment, high birthrates, transiting pipelines, and the rising incidence of terrorist violence and assassinations add to the explosive potential of the region. The authors draw on decades of field research, interviews, and data to offer unique perspective on the civilizational collision course under way in the Caucasus today.