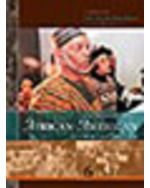 Users looking for authoritative and comprehensive information about black history, figures and accomplishments now have a defining and current reference to address their needs. The second edition of the Encyclopedia of African-American Culture and History is a much-needed expansion of the 1996 classic and its 2000 supplement. As with the earlier publications, the second edition is aimed at high school and college students, as well as the general reader. Whereas the first edition focused almost exclusively on the United States, this new set identifies and addresses broad themes critical to understanding the texture of the cultures, achievements, challenges and comprise North America, Central and South America and the Caribbean. Readers can find comparative analyses of social movements, languages, religions and family structures in the context of an interdisciplinary framework that fills a substantial gap in studies of this genre. While many articles from the original set have updated content and bibliographies, almost half of the second edition is composed of completely new scholarship.

"This would serve as an excellent, well-documented resource for students to use. Rating: Excellent." --MOSAIC, Dec. 2007

"Encyclopedia of African-American Culture and History: The Black Experience in the Americas. Impressively comprehensive, this reference updates the first edition published in 1996 and the Supplement, in 2001, and will be valuable for high school and undergraduate students as well as general readers. It contains 1,300 entries, two-thirds of which are revised, rewritten, or newly added; and half the remainder have updated bibliographies. Many of the new articles are thematic, for example, those on the African diaspora, anti-colonial movements, economic condition, and military experience. Several new entries are devoted to topics in the Caribbean. The central focus is on the experience of African-Americans throughout North and South America, although the people, concepts, and events associated with the U.S. predominate (due to the larger amount of scholarship). Biographical entries profile political and public figures as well as artists, writers, and musicians. Each entry concludes with a list of cross-references and a bibliography. An introductory article provides a background history of Africa. Volume Six is devoted to a selection of primary documents, an appendix with numerous tables of statistics and lists on all topics, and a comprehensive index." --Reference & Research Book News, May 2006

A scholarly yet accessible treatment of a topic that should be of wide interest. . . This encyclopedia's scholarship meets the highest standards of reference publishing." -- CHOICE (January 1, 1997)

"The 1996 original five-volume set authoritatively addressed black America's artistic legacy, with detailed coverage of individual artists as well as entries on "art collections," "paintings and sculpture," and "photography." The updated edition will include 400 additional entries and expand geographic coverage to all of the America's." --Library Journal, November 2005

"The writing style generally is clear and succinct. . . . The detailed index and the many cross-references within the articles provide excellent access points and link persons, events, facts, and concepts. . . . All college and university libraries will want this set for its breadth of coverage of general biographical and historical data concerning the African American experience."-- CHOICE (September 1996)

"In recent years, numerous important reference sources on black Americans have appeared, but none is as authoritative, comprehensive, and impressive as this new work. . . The set's contents are as current as can be expected and will be comprehensible to readers at the high school level and beyond. . . . The work competes directly with Marshall Cavendish's six-volume African American Encyclopedia, but the Cavendish work tends to be for younger readers and has less depth. All serious public, school, and academic libraries will want this outstanding new encyclopedia." -- Library Journal (July 1996)

"For every high school library that needs a reference set on African-American history and culture and can afford it, this exceptionally comprehensive encyclopedia should be considered."--Library Media Connection, October 2006

"This impressive 1.8-million-word set covers all aspects of African American history and culture. . . . To be praised is the encyclopedia?s collection of rare photographs, unearthed from important archives. . . makes a major contribution to the reference literature in both American history/cultural studies and African-American studies. It is difficult to imagine any library that would not find it of major use. Highly recommended for all libraries." -- Reference Book Review ( Summer 1996)

"...the encyclopedia is a major work and an important contribution to African American studies. The set should find a place in both public and academic libraries." -- ARBA 1997

"Of the many reference books dealing with African-American culture published in the last few years, none can match the comprehensive scope and depth of these five volumes..."-- American Libraries (May 1997)

"This encyclopedia is of enduring value and destined to become a standard reference source."-- American Libraries (May 1997)

". . . this set provides a fascinating survey of both the contributions to and the problems of blacks in American society. . . . This work does not gloss over problems in the African American community, as shown by such entries as Drugs, Crime, and Urban Riots and Rebellion. But such entries as Indian Wars, Chess, Patents and Inventions, Psychology and Psychiatry, and Science Fiction show how widespread black participation is in American society, not just in the stereotypical areas of sports and music. This readable encyclopedia is an essential purchase for academic and medium-size and large public libraries. While the price may make it a stretch for high-school and small public libraries, if they buy any reference work on African Americans this year, this should be it." --Booklist/Reference Books Bulletin (February 15, 1996)

". . . this comprehensive encyclopedia of African American history from 1619 to the present is a welcome addition. While biographical sketches predominate, extensive coverage is given to a great many institutions, events, and issues. . . Also worth noting are the lengthy appendixes that list statistics; award winners; and organizations that deal with business, education, health, and population, and sports. This resource is more authoritative than The African American Encyclopedia (Marshall Cavendish, 1993) and will fill a long existent gap in reference collections. Grade 8 and up." -- School Library Journal (August 1996)

"It explores every aspect of that [African-American] culture and history, reaching back to its antecedents in ancient Africa to events as recent as O.J. SimpsonIs acquittal on two murder charges. . . Scholarly yet accessible and immeasurably informative. . .Article-specific bibliographies point to additional information sources; however, many users will be satisfied with the riches so readily available to them in these five volumes. . . . will see frequent service in academic and public libraries and merit consideration for high school libraries." -- Rettig on Reference (April 1996)