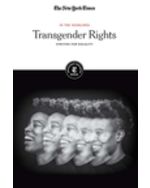 In the Headlines: Transgender Rights: Striving for Equality, 1st Edition

In recent years, the public's awareness and understanding of the transgender community has grown drastically, from near total ignorance to a nuanced and complex approach to trans individuals and their rights. This collection of articles features reporting, opinion pieces, and first-person accounts that capture the evolving conversation about issues related to the trans community. With coverage of the Texas and North Carolina bathroom bills, <\Q> the debate over the inclusion of trans people in the military, and tales of various struggles and successes in the courts, this book highlights the obstacles this growing movement faces as well as its successes.