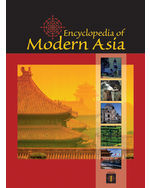 The Encyclopedia of Modern Asia is a monumental new scholarly work, as expansive in scope as the continent of Asia itself. Under the direction of cultural anthropologist David Levinson, 800 contributors from around the world -- including 25 Asian countries -- provide 2,600 articles on Modern Asia from a global perspective. The Encyclopedia's comparative, cross-cultural approach allows students and researchers to identify the similarities and differences among Asian nations and religions. The work focuses on Asia in the modern world -- including Central Asia, the Middle East and the Far East -- and contemporary issues are given full and authoritative treatment. Historical articles emphasize people, places, events and developments that have had a lasting influence on Asia. Articles also cover Asian relations with Western nations, the relations between nations within Asia and also the flow of people, goods and ideas within Asia and globally. Also includes approximately 1,000 black-and-white photographs, maps, sidebars and a comprehensive index.

"More than 2,600 accessible entries ranging from 200 to 4,000 words from hundreds of contributors have achieved a further editorial goal of expressing the diversity of modern Asia from a variety of Asian perspectives while also indicating Western viewpoints. The focus is on twentieth-century Asia and on earlier people and events whose impact is still felt. ... The editors define Asia as extending from Japan in the east to Turkey in the west, and from Kazakhstan in the north to Indonesia in the south. Thirty-three nations are covered in depth, while other regions and countries that might have received greater coverage are treated in less depth. ... Among subjects of entries are countries, cities, regions, natural features, religions, social issues, languages, people, events, customs, and grown and manufactured products. Primary coverage of countries and regions is broken down into consecutive entries. ... The numerous entries on regional relations and, in many cases, relations with the U.S. are a valuable feature of the encyclopedia. For a nation like China, there are hundreds of relevant entries scattered throughout the set. These can be located using the "Reader�s Guide," a table of contents organized first by five major sub-regions of Asia, then by topic, then by country. ... The only resource providing such comprehensive and diverse treatment of the topic, Encyclopedia of Modern Asia is highly recommended for academic and public libraries. Its accessible style makes it worth considering for high-school libraries as well." -- Booklist (June 2003)

"Gr 10 up- County entries begin with a paragraph about location and population, followed by generally lengthy article that include a fact box. Broad topics, such as literature, the arts, clothing, cuisine, religions, and international relations, are identified by country or region. There are also entries on individuals, geographical areas, tribes, etc. The sum is a comprehensive look at 20th-century Asia."

"Four years in the making, this comprehensive, multidisciplinary encyclopedia of modern Asia uses a broad definition of the continent, offering in-depth coverage of 33 Asian nations as well as the Caucasus and Siberia. ... About 800 academics contributed the 2,600 signed articles, which range from a half-page to two or three pages in length and cover a variety of topics (i.e. history, politics, geography, religion, technology, education, science, and the relations of Asian countries with the United States). The articles are peppered with photographs, maps, and tables. Other convenient features include sidebars that present extracts from historical documents, literature, poetry, and drama, and the "Reader�s Guide" at the beginning of each volume, which indicates the range of subjects covered. The result is accessible to everyone: students will find the lists for further reading particularly useful, and nonspecialists will appreciate the consistent clarity and the absence of heavy jargon. The sweeping index takes up nearly half of the final volume and is easy to use. Filling a gap in the literature, this work should be a mainstay in academic, high school, and public libraries. This book was an LJ Best Reference of 2002." -- Library Journal (May 2003)

"The Encyclopedia of Modern Asia began in 1998 with a goal to become the standard reference on modern Asia, and with the September 11th attack on the World Trade Center igniting world interest in Asia, the publication is very timely. The six-volume set is alphabetically arranged by topic. Volume 6 provides the index for the set. Maps for the region described are grouped in the front of the volume. Unique to the set is a "Reader�s Guide" arranged by topic. The topics cover the 33 Asian countries� geography, economics, politics, human rights, cultures and languages, and biographies. Sidebars derived from primary source materials and black-and-white illustrations are interspersed throughout the text. This new encyclopedia has been published at an important time in world history. This is a must-purchase for academic and public libraries� Asian collections." -- ARBA (January 2003)

"More than 30 countries, dozens of religions, hundreds of languages and ethnic groups, and half of the world's population constitute the scope of this ambitious new encyclopedia. Ranging from Istanbul to Indonesia and from Siberia to Sri Lanka, the editors aimed to "explain Asia as Asians see and experience it." As a result, the content is not limited to history, government, leaders and economics, but also includes clothing, cuisine and recreation. Art, science, education, religion and cultural pursuits of each region are surveyed, as are geographic and environmental features. Other articles address such issues as marriage and the family, the status of women and Westernization. With more than 2,600 signed articles, the coverage is broad, but regionally balanced. While China, India and Japan may receive special attention, articles on Southeast Asia are equally numerous. There are fewer entries on Central and Southwest Asia, but coverage of these areas is nonetheless comprehensive with multiple entries on each country and another 200 articles on each of these regions. Emphasis is placed on 20th-century Asia, but explaining the region as Asians see it requires many historical articles. Sidebars highlight literary works, accounts by explorers and political documents. Each article features suggestions for further reading, and nearly 1,000 illustrations enhance the text. However, the predominantly political maps do not fully convey the physical features of the regions. From typhoons, yurts and snow leopards to Basho, Mao and Babur, this set will serve high school and college researchers well as a tool for understanding modern Asia." -- John Lawrence online Lawrence Looks at Books (April 2003)

"In more than 2,600 articles, this encyclopedia covers the breadth of Asia, largely during the 20th century, from Turkey to Southeast Asia. ... Articles about countries typically include an overall "profile" (geography, the people, language, history, politics, economy) and more focused topical articles (economic system, education system, history, political system), giving readers the option of a summary approach or more detailed coverage. Many other topics appear by subject, with separate articles by country or region (e.g., "Literature-Central Asia," "Literature-China"). Given the varying ways in which topics are presented, effective use of the encyclopedia is greatly enhanced by a lengthy "Reader's Guide," repeated in each volume, and a subject index. Typical of good encyclopedias, all the articles are signed (the preface notes the participation of "more than eight hundred scholars and experts from around the world"), include references to related articles, and conclude with "Further Reading" bibliographies. Other features include nearly 1,400 black-and-white maps (a section of regional maps is repeated in each volume), photographs, tables, chronologies, sidebars (many quoting source documents), and a roster of contributors. ... Articles vary in depth, with many too superficial for more than quick reference or undergraduate background information. Nevertheless, the encyclopedia will be a unique resource appropriate for most reference collections. Summing Up: Essential. General and academic collections." -- Choice (May 2003)

"Sometimes we forget that the two most populated countries in the world are side-by-side in Asia: China and India. Sometimes we forget that some of the newest and smallest countries of the world are located in Asia. If your reference collection does not have much to offer to identify the new "-stans," including Kazakhstan, Kyrgyzstan, Tajikistan, Turkmenistan, Uzbekistan, as well as the other more traditional -- Afghanistan and Pakistan -- these volumes will be wonderful additions to your shelves. Each volume begins with "A Survey of Asia's Regions and Nations" and one-page regional maps of Central Asia, China and East Asia, South Asia, Southeast Asia-Insular, Southeast Asia-Mainland, and West and Southwest Asia. Additionally, the set covers Asian political and cultural relations with western nations and the relations between nations within Asia. Articles range from 200 to 4,000 words. The reference has 1,300 black-and-white illustrations, tables and sidebars, 90 maps and an index. To help readers use this volume, they should be introduced to the index in Vol. 6 and the Reader's Guide at the beginning of each volume. This guide helps locate related topics for each nation and region. You will need to give this a try yourself before you demonstrate it to students. While this may change in the immediate future, a student's reading of the relationship of the Ottoman Empire/Turkey with Iraq helps understand the concern Turkey has with the situation between Iraq and the U.S. This will be an excellent addition to your reference collection." -- Blanche Woolls and David Loertscher's online Reference for Students (March 2003) 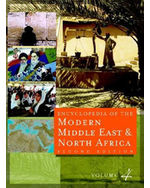 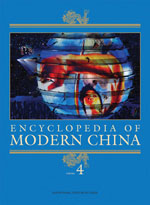