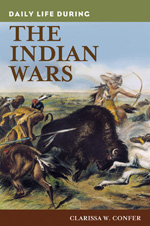 From the earliest conflicts along the Eastern seaboard to the climactic Plains Wars of the late 19th century, the clash of arms and cultures between American Indians and Anglo-American settlers has dramatically shaped the lives of both groups. Yet how average American Indian men, women, and children experienced these events has been largely overlooked—until now.