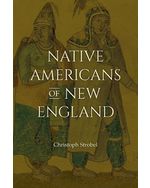 This work is a comprehensive and region-wide synthesis of the history of the indigenous peoples of the northeastern United States-New England-which includes Massachusetts, Connecticut, Rhode Island, Maine, New Hampshire, and Vermont. It reconstructs their past from early archeological evidence to the present and examines how historic processes shaped and reshaped the lives of Native peoples, using case studies, historic sketches, and biographies to tell these stories. While the book is aware of the impact that colonization, ethnic cleansing, dispossession, and racism had on the lives of indigenous peoples in New England, it also focuses on Native American resistance, adaptation, and survival under often harsh and unfavorable circumstances. In six chapters, it examines the continuous presence of indigenous peoples in the region, emphasizing Native Americans' efforts to preserve the integrity and viability of their dynamic and self-directed societies and cultures in New England.