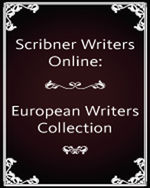 This collection includes the 14-volume European Writers set, which is split into major time periods: The Middle Ages and the Renaissance (volumes 1 and 2), The Age of Reason and the Enlightenment (volumes 3 and 4), The Romantic Century (volumes 5-7), The Twentieth Century (volumes 8-13.) and Volume 14 includes the index. European Writers Collection covers more than 250 of the most notable figures in world literature, including Saint Augustine, Miguel de Cervantes, Voltaire, Heinrich Heine, Ivan Turgenev, Marcel Proust, Jean Genet, and many more. The collection also includes topic entries such as Arthurian Legend, Medieval Drama, The Well-Made Play, and others.