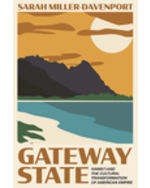 This book explains how Hawai'i became an emblem of multiculturalism during its journey to statehood in the mid-twentieth century. It explores the development of Hawai'i as a model for liberal multiculturalism and a tool of American global power in the era of decolonization. The establishment of Hawai'i statehood in 1959 was a watershed moment, not only in the ways Americans defined their nation’s role on the international stage but also in the ways they understood the problems of social difference at home. Hawai'i’s remarkable transition from territory to state heralded the emergence of postwar multiculturalism, which was a response both to independence movements abroad and to the limits of civil rights in the United States. But as excitement over statehood dimmed, the utopian vision of Hawai'i fell apart, revealing how racial inequality and U.S. imperialism continued to shape the fiftieth state—and igniting a backlash against the islands’ white-dominated institutions.

Front Cover.
Half Title Page.
Other Frontmatter.
Title Page.
Copyright Page.
Dedication.
Contents.
Acknowledgments.
Gateway State.
Introduction.
1: “The Picture Window of the Pacific”: American Foreign Policy and the Remaking of Racial Difference in the Campaign for Hawai‘i Statehood.
2: Through the Looking Glass: Hawai‘i and the Problem of Race in Postwar American Culture.
3: The Power of Mutual Understanding: Teaching “New Modes of Life” in the New Frontier.
4: Selling the “Golden People”: Hawai‘i Tourism and the Commodification of Racial Tolerance.
5: Delicious Adventures and Multicolored Pantsuits: Gender and Cosmopolitan Selfhood in the Selling of Hawai‘i.
6: The Third World in the Fiftieth State: Ethnic Studies In Hawai‘i and the Challenge to Liberal Multiculturalism.
Epilogue: Legacies of 1959: Multiculturalism and Colonialism in the “Decolonized” State.
Appendix.
Notes.
Sources.
Index.
A Note on the Type.