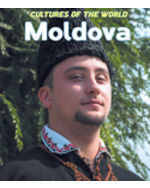 Up until its independence from the Soviet Union in 1991, Moldova had not been its own country. Its past saw it claimed by various countries and empires, from the Roman and Ottoman Empires to Romania and the USSR. Today it is its own country nestled in Eastern Europe. This book studies Moldova's history and its place in modern society, including its language, beliefs, economy, culture, food, and festivals, giving readers insight into a country not many people know about in the twenty-first century.