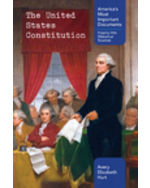 John Adams said that the United States was a nation of laws. Of all the United States' laws, the legal principles laid out in the U.S. Constitution are the foundation of the country. The document defines the country's deepest ideals, its highest standards, and its wildest ambitions. The Constitution has served as the nation's guiding star for over two hundred years, with only twenty-seven amendments in all that time. Understanding it is the one sure way to understand the best of what the United States can be, which this book allows for your readers.

Front Cover.
Title Page.
Copyright Page.
Contents.
1: We Have Independence. What Now?.
2: An Owners' Manual for the Government.
3: The Constitution: A Work in Progress.
Glossary.
Further Information.
Bibliography.
Index.
About the Author.