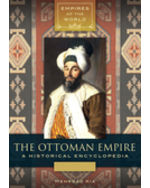 Arranged in topical sections, this two-volume encyclopedia will help students and general readers alike delve into the fascinating story of an empire that continues to influence the world despite having been dissolved almost 100 years ago. Detailed entries describe the people, careers, and major events that played a central role in the history of the Ottoman Empire, covering both internal developments in Ottoman society and the empire's relationship with the powerful forces that surrounded it. Readers and researchers will find information pertaining to archaeology, geography, art history, ethnology, sociology, economics, religion, philosophy, mysticism, science and medicine, international relations, and numerous other areas of study.