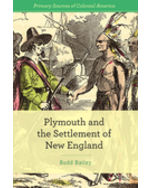 Many of the people on the Mayflower left Europe for religious freedom. When the ship landed at Plymouth in the dead of winter, the new colony was endangered. However, many of the Pilgrims survived and the settlement prospered. The writings and other primary sources of the residents of this region take you through the religious divisions and the arrival of immigrants with other agendas that expanded the colony into what eventually became New England.