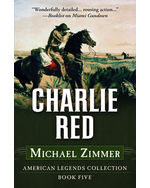 The stakes are high when Tom Slade sets off after a vicious gang of outlaws who robbed the stagecoach he was guarding of $45,000 in cash. The bandits had the heist planned to the last detail. The only thing they hadn't counted on was Slade's tenacity. What Slade hadn't counted on was coming across a woman with her own reasons for tracking down the gang.