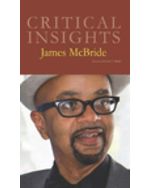 This volume will discuss the varied works of James McBride, including his memoir The Color of Water and his National Book Award winning novel The Good Lord Bird among other works. The themes covered include: historical ties to World War II; the Civil War; his family relationships and unique upbringing. The volume will provide critical analysis and close readings of his works.