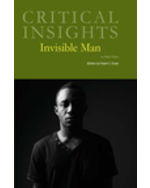 Ellison’s novel is widely regarded as one of the most important works of African American fiction and of American fiction in general. Winner of the 1953 National Book Award for Fiction and often listed among the top one hundred novels of the twentieth century, it has become even more important in the years since its first appearance than it was perceived to be at that time. The present volume examines the work from different critical perspectives, including biographical, historical, cultural, formalist, economic, and more. This critique places Ellison’s work within the contexts of the African American literary canon as well as within the broader traditions of American and world literature. Among the issues explored are questions about the genre(s) to which the novel belongs; the kinds of politics the work both explores and implies; the work’s philosophical overtones and implications; and the ways the novel was received both in its own time and in subsequent decades.