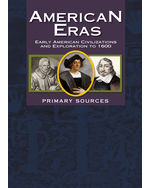 The diversity of life in the period of first European exploration of North America and even earlier is represented in this student-friendly volume. Abundant full or excerpted primary sources depict a multiplicity of views of an era characterized by exploration, discovery, and conquest. Primary sources include documents written by such well-known explorers as Christopher Columbus, Samuel de Champlain, and Francisco Vazquez de Coronado and artifacts of the indigenous people they encountered. Such sources include the Iroquois constitution, a drawing depicting the Green Corn Ceremony conducted by Native American tribes in the Southeast, and an image of a handmade hoe used by Native Americans. This volume features letters, personal narratives, maps, illustrations, treaties, works of literature, and many other primary source types. 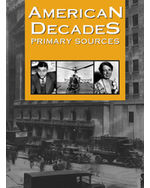