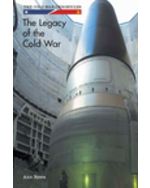 The Cold War Chronicles: The Legacy of the Cold War, 1st Edition

The aftereffects of the Cold War continue to impact the world today. Following the close of the Cold War era, Communism was no longer a pervasive force. Because Communist countries invested a significant amount of resources into military power, their economies became weak and neglected. Today, the nuclear arsenals created during the Cold War still exist, causing concern that these nuclear weapons will be used in the future. After the United States defeated the Soviet Union, it emerged as the preeminent world leader and became a strong influence on international politics. This book explores the political, economic, and technological impact of the Cold War on life today.