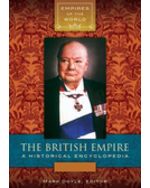 From early sixteenth-century explorations to the handover of Hong Kong in 1997, the British Empire controlled outposts on every continent, spreading its people and ideas across the globe and profiting mightily in the process. The present state of our world-from its increasing interconnectedness to its vast inequalities and from the successful democracies of North America to the troubled regimes of Africa and the Middle East-can be traced, in large part, to the way in which Great Britain expanded and controlled its empire. This book addresses a broader range of topics than do most other surveys of the empire, covering not only major political and military developments but also topics that have only recently come to serious scholarly attention, such as women's and gender history, art and architecture, indigenous histories and perspectives, and the construction of colonial knowledge and ideologies. By going beyond the "headline" events of the British Empire, this captivating work communicates the British imperial experience in its totality.