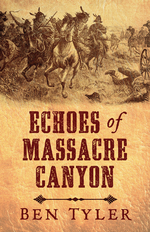 Clint Ramsay is an Underwood Detective Agency troubleshooter who travels to San Reale, Texas, in 1881 to help a friend. He soon discovers that danger is lurking behind every bush and rock. He finds himself drawn into a complex web of treachery, greed, and murder. What is the secret everyone seems to know but him?

Ramsay is unexpectedly reunited with beautiful Calico Holliday, a tough, no-nonsense woman from his past. When we add an old Comanche adversary named, Wolf Eye, an ex-Quantrill raider, and rumors of hidden gold, we have the makings for an exciting adventure.