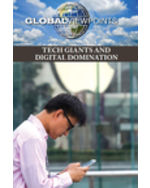 Are tech giants the new robber barons of the digital age? Many governments and ordinary people are increasingly uncomfortable with the monopolistic might a small number of tech companies are amassing, the taxes they are avoiding, the data they are collecting, the privacy they are undermining, and the way they are functioning as “extraterritorial” powers beholden to no state and to no citizen or consumer. All sides of this super-charged debate are represented here—from those of the chieftains of Silicon Valley and EU regulators to FBI counterintelligence agents, scrappy open-source programmers, and ordinary computer users and digital consumers—in an effort to illuminate the digital world we currently inhabit, the limits of its freedoms, and who owns and controls its future.