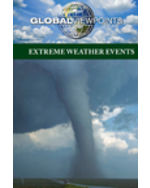 In the wake of every killer hurricane, devastating wild fire, severe drought, or once-in-a-century flooding event, it has become commonplace for scientists, politicians, and ordinary citizens to debate whether or not these severe weather events can be tied directly to climate change and global warming. The scientific consensus generally indicates that we are beginning to see upticks in extreme weather due to warming and the resulting shift in weather patterns. Certain politicians, business interests, and energy executives, however, forcefully reject such connections as unproven and speculative. Where does the truth lie? This anthology collects the strongest viewpoints from across the ideological spectrum and the globe and allows readers to evaluate the arguments and evidence for themselves before forming an educated opinion.