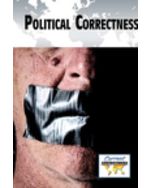 Political correctness, better known as “PC,” flourished in institutions of higher learning in the 1990s. With the rise of social media, a second wave of PC culture has emerged that is more aggressive than the first. It seems to many that nearly everyone is a target, at risk of being labeled a racist or misogynist based on one short tweet. The movement, though intended to be inclusive and pluralistic, has its detractors. Is political correctness protective or is it an attack on freedom? Do knee-jerk reactions cancel out the opportunity for thoughtful discourse? And what does this culture mean for our future?