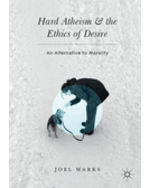 Hard Atheism and the Ethics of Desire: An Alternative to Morality, 1st Edition

This book challenges the widespread assumption that the ethical life and society must be moral in any objective sense. In his previous works, the author has rejected both the existence of such a morality and the need to maintain verbal, attitudinal, practical, and institutional remnants of belief in it. This book develops these ideas further, with emphasis on constructing a positive alternative. Calling it desirism<\Q>, he illustrates what life and the world would be like if we lived in accordance with our rational desires rather than the dictates of any actual or pretend morality, neither overlaying our desires with moral sanction nor attempting to override them with moral strictures. The book also argues that atheism thereby becomes more plausible than the so-called New Atheism that attempts to give up God and yet retain morality.<\P>