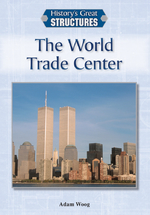 New York City’s World Trade Center, which included the buildings known as the Twin Towers, was one of the city’s most familiar structures. But its legacy rests on one of the modern world’s greatest tragedies: the terrorist attacks of September 11, 2001, in which hijacked airliners crashed into the towers, causing them to collapse and claiming the lives of more than 2,700 people.