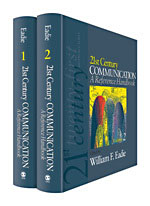 The discipline of communication has grown in popularity from the time professors of journalism and speech decided, in the mid-1960s, that the term "communication" was an excellent general descriptor for the theory and research that each group aspired to create. Over time, the two groups grew closer and recognized significant overlap in their theoretical and research interests, but there were also differences in their traditions that kept them apart. While both groups agreed that communication is a practical discipline, journalism professors focused a great deal of their attention on the education of media professionals. Speech professors, on the other hand, often were more oriented to the liberal arts and valued the fact that communication could be approached from a variety of traditions, including the arts, humanities, social sciences, and even the sciences.