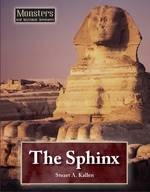 Most people know the sphinx as the half-man, half-lion stone statue crouched before the Great Pyramids of Giza. But the ancient mythical creature has been an inspiration for artists, writers, architects, scholars, and theologians for millennia. The Sphinx reveals the significant symbolic role this creature has played in human civilization from ancient Egypt through classical Greece and the Renaissance into the twenty-first century.