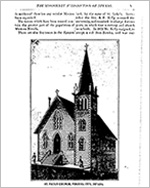 In the nineteenth century, Christian missionaries directed their attention to unexplored regions, greatly expanding their endeavors. Colonialism brought increased knowledge of Africa and Asia, and the European and American churches extended their work into these areas.Missionary activities were important in the political, economic, educational and social fabric of many countries. The spreading of medical knowledge, the building of hospitals, missionary schools, the promotion of Western learning, history and international law were some of the examples.

Religion, especially the dynamics of evangelical Protestantism, played an important role in the expansion and nation-building which occupied Americans in the Nineteenth Century. At the same time, early in the century American Protestants also took their first steps beyond our shores in the foreign missionary movement.

For the first two-thirds of the century this overseas movement was overshadowed by the focus of most American Protestant groups on the internal planting of churches on the advancing frontier, and on the Civil War. But after mid-century, as Americans looked out on the Pacific from newly acquired and recently settled California, and as the outcome of the Civil War seemed finally to settle the basic issues of slavery and national unity, the foreign missionary movement gathered momentum. By 1900, its expansion was in full bloom, and would continue well into the twentieth century, with its presence on all continents of the globe characterized by a distinctive American mixture of religious and national or "civilizing" purpose. 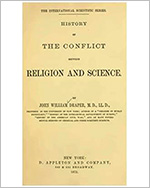