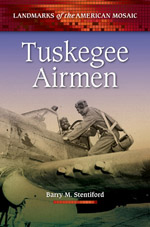 Although the idea of black fighter pilots during World War II had powerful opponents, such as Secretary of War Henry Stimson, it also had powerful supporters, including First Lady Eleanor Roosevelt. Interestingly, many black leaders and civil rights organizations opposed the creation of separate African American fighter and bomber squadrons, fearing that such units would further entrench military segregation.