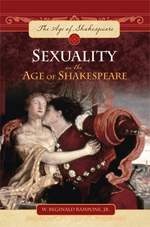 From Macbeth to Twelfth Night to Romeo and Juliet, the topics of sexuality, gender roles, and love are central to the plots of many of Shakespeare's plays. Ironically, both male and female roles were portrayed by men on the early-modern English stage. SEXUALITY IN THE AGE OF SHAKESPEARE begins with descriptions of sexuality in ancient Greece and Rome, medieval England, and early-modern Europe and England, then segues into examinations of the role of sexuality in Shakespeare's plays and poetry, and also in film and stage productions of his plays. The author employs various theoretical approaches to establish detailed interpretations of Shakespeare's plays and provides excerpts from several early-modern marriage manuals to illustrate the typical gender roles of the time.