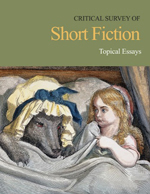 CRITICAL SURVEY OF SHORT FICTION profiles the lives, achievements, and important works of major writers. Originally published in 1981 and revised in 2001, the latest edition adds an additional 145 writers, covering 625 writers in total. Now, for the first time, the essays have been arranged in several subsets, so that libraries can choose the complete set, or only the titles they are interested in.