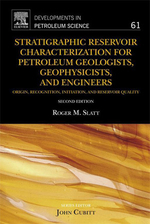 Reservoir characterization as a discipline grew out of the recognition that more oil and gas could be extracted from reservoirs if the geology of the reservoir was understood. Prior to that awakening, reservoir development and production were the realm of the petroleum engineer. In fact, geologists of that time would have felt slighted if asked by corporate management to move from an exciting exploration assignment to a more mundane assignment working with an engineer to improve a reservoir's performance. Slowly, reservoir characterization came into its own as a quantitative, multidisciplinary endeavor requiring a vast array of skills and knowledge sets. Perhaps the biggest attractor to becoming a reservoir geologist was the advent of fast computing, followed by visualization programs and theaters, all of which allow young geoscientists to practice their computing skills in a highly technical work environment. Also, the discipline grew in parallel with the evolution of data integration and the advent of asset teams in the petroleum industry. Finally, reservoir characterization flourished with the quantum improvements that have occurred in geophysical acquisition and processing techniques and that allow geophysicists to image internal reservoir complexities.Practical resource describing different types of sandstone and shale reservoirs Case histories of reservoir studies for easy comparison Applications of standard, new, and emerging technologies