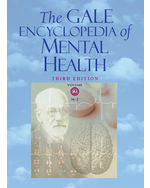 The Gale Encyclopedia of Mental Health presents authoritative and comprehensive information on 500 topics in mental health, including diseases and disorders, drugs, alternative treatments, psychiatric assessments, and related concepts. Written in language accessible to adult laypersons, it aims to fill the gap between basic consumer resources and highly technical professional materials such as the Diagnostic and Statistical Manual of Mental Disorders (DSM). The new edition reflects suggested additions and changes to the forthcoming DSM-5 and includes over 65 new entries, photos of common medications, and age- and gender-specific topics such as juvenile bipolar disorder, late-life depression, and conditions specific to men and women.

"...The articles are more accessible than those in a medical textbook or the DSM-IV-TR, but they still require a fairly high level of literacy. This is an excellent resource for public, academic, and consumer health libraries." -- ARBA (2003)

"Many of the 449 entries describe common mental conditions in easy-to-understand layman's language. The causes, symptoms and demographics of the disorders are discussed, in addition to diagnosis, treatments, prognosis, and preventive measures. For this edition, 41 new articles feature such topics as assertive community treatments, bullying, binge drinking, bereavement, chronic pain, clinical trials, juvenile depression, exercise-based treatment, magnetic seizure therapy, mental health courts, rage, and self mutilation. Numerous articles feature the medications used most frequently in drug therapies for mental illness. Such articles describe how the medication works, recommended dosages, precautions, side effects and interactions. Coverage includes some traditional herbal remedies like gingko or ginseng as well as commonly abused substances like Ecstasy. Popular therapies and treatment programs make up the remaining entries. This useful guide will serve a wide range of readers in academic and publi libraries." --Lawrence Looks at Books, June 2008

"Written for the general reader, this clearly organized, informative reference presents discussion of mental health disorders and medication, with a clear description of each, their symptoms, treatment, side affects, and other pertinent aspects." --SciTech Book News, April 2008

"This two volume set is a great starting point for research on mental health issues and an outstanding source of overview information for both science and social studies classes. Recommended for school and public libraries." --Doug's Student Reference Reviews, April 2008 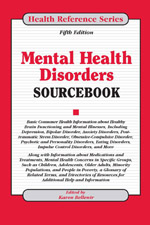 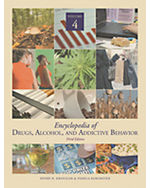