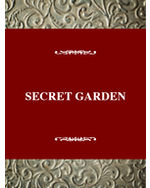 In this comprehensive study of Burnett's masterwork, its literary milieu, and its enthusiastic, if belated, critical treatment, Phyllis Bixler argues that Burnett adapted themes and forms from fairy tales and moral tales about exemplary children to create a compelling story. Bixler discusses Burnett's debt to the romantic movement and the long western tradition of literary pastoral, showing how its association of childhood and garden makes Burnett's children's classic a bridge between the romantic and such hallmarks of the moderns T. S. Eliot's Four Quartets and D. H. Lawrence's Lady Chatterley's Lover. Bixler addresses the mythic appeal of The Secret Garden, and its description and encouragement of children's self-reliance.

Series Editor: Robert Lecker, McGill University. Written in an easy-to-read, accessible style by teachers with years of classroom experience, MASTERWORK STUDIES are guides to the literary works most frequently studied in high school. Presenting ideas that spark imaginations, these books help students to gain background knowledge on great literature useful for papers and exams. The goal of each study is to encourage creative thinking by presenting engaging information about each work and its author. This approach allows students to arrive at sound analyses of their own, based on in-depth studies of popular literature. Each volume: illuminates themes and concepts of a classic text; uses clear, conversational language; is an accessible, manageable length from 140 to 170 pages; includes a chronology of the author's life and era; provides an overview of the historical context; offers a summary of its critical reception; and lists primary and secondary sources and index.