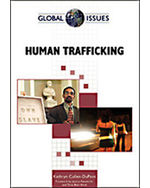 Despite the fact that the United Nations officially abolished slavery and the slave trade almost 60 years ago, millions of human beings live in slavery today. Human trafficking, the official term for modern-day slavery consists of buying and selling people with the intent of exploiting them through forced labor or sexual acts.