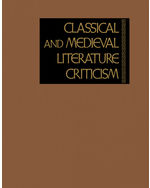 Classical And Medieval Literature Criticism assembles and contextualizes critical responses to the works of writers of all sorts--poets, playwrights, chroniclers, philosophers, religious figures, and writers from other genres--from every region of the world, from the earliest known examples of written works to the eve of the modern era. Clear, accessible introductory essays followed by carefully selected critical responses allow endusers to engage with a variety of scholarly views and conversations about authors, works and literary topics. Students writing papers or class presentations, instructors preparing their syllabi, or anyone seeking a deeper understanding of the period will find this a highly useful resource. Each of the more than 160 volumes in this long-standing series profiles approximately 3-6 authors or individual works of all genres, by providing a brief introduction and a collection of full-text or excerpted criticism reproduced from books, magazines, literary reviews, newspapers and scholarly journals; many entries include an author portrait. A full citation and annotation precede each of the approximately 50 essays per volume. The series currently covers nearly 400 authors and also includes numerous entries focusing on literary topics and individual works. 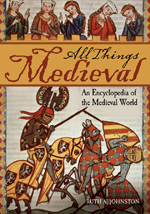