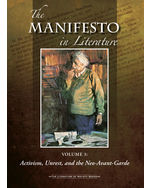 The Manifesto in Literature, 1st Edition

The manifesto has taken its place as one of history's greatest artifacts, inspiring and worrying entire populations as political tools, defining and describing many important literary movements, and bringing insight into the beliefs and intentions of some of the 20th Century's most disturbing criminal minds. Spanning from the earliest published examples dating to 16th C. Europe, through the Declaration of Independence, to the 2006 Euston Manifesto, The Manifesto In Literature will describe the authors and their causes, as well as the social, political, economic philosophies that are behind them. The context of history will play an important role in describing the circumstances of their writing and how they were received and acted upon at the time of writing and after.

Part of Gale's Literature Of Society series, Each entry in The Manifesto In Literature will provide a biography of the primary author or an overview of the group involved, the history and impact of the work, as well as an overview and analysis of the work itself. Colorful images, informative sidebars, further readings, extensive indexes, and chronological timelines will help round out the book. 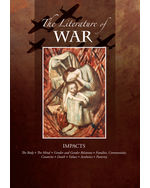 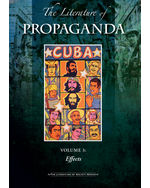 The Literature of Propaganda